Soundmaps will be series of generative visuals of my favourite sound pieces. Here’s the first one “Uoon I” from Alva Noto & Ryuichi Sakamoto’s Vrioon album. Visuals are generated with Processing and Minim audio library. Last week I was at my hometown (Düzce). There was a forest very close to our house. I was hearing those beautiful bird’s sounds at every night. They started to sing at 10.0 pm until  sunrise. It was something like dreamy thing for me. Then, I decided to took my recorder and tried to capture birds’ sounds. However, It became a misterious event for me 🙂 I went out from garden and was walking through a path to the woods to record a clean and high level sound of the birds. Finally, I found myself in the middle of the trees without light. It was so dreamy thing for me. I mean, as if I entered from a gate to another world. Still I couldn’t get the sound that I was expecting. Asked to myself where are these birds? Anyway, the second time I took a bottle of wine with me and went into forest again. This time, I just switched on recorder and sit in front of it and started to drink my wine. It was so beautiful. The best and the only nice part of my hometown is its nature. So I took couple of recordings. Here are the four of them that is telling my mysterious journey to woods..

Techincal Part (Reminder for myself also) : It’s better to put somewhere the recorder always. By doing that, I can avoid unwanted hand/finger  squeaks, cracks and scratch sounds on the recorder. It was a nightmare to edit all of these noises. There was a huge amount of background noise because lots electricity poles around woods and path. To reduce the background noise, basically I used to main Waves plugins. First one is Paz Stereo Specktrum. I choose a 2-3 minutes track and hit play, and start to watch for the frequency responses in order to apply a band-pass filter from an EQ plugin. The sound of the birds are exactly between 2000-8000Hz range. So, I apply a band-pass filter with EQ plugin, but a soft one with a long attack time. Because I don’t want to have a thiny and dry sound without any background noise. So, my bands-pass filter covers 1600 Hz – 10000 Hz range and removed all of the other things. 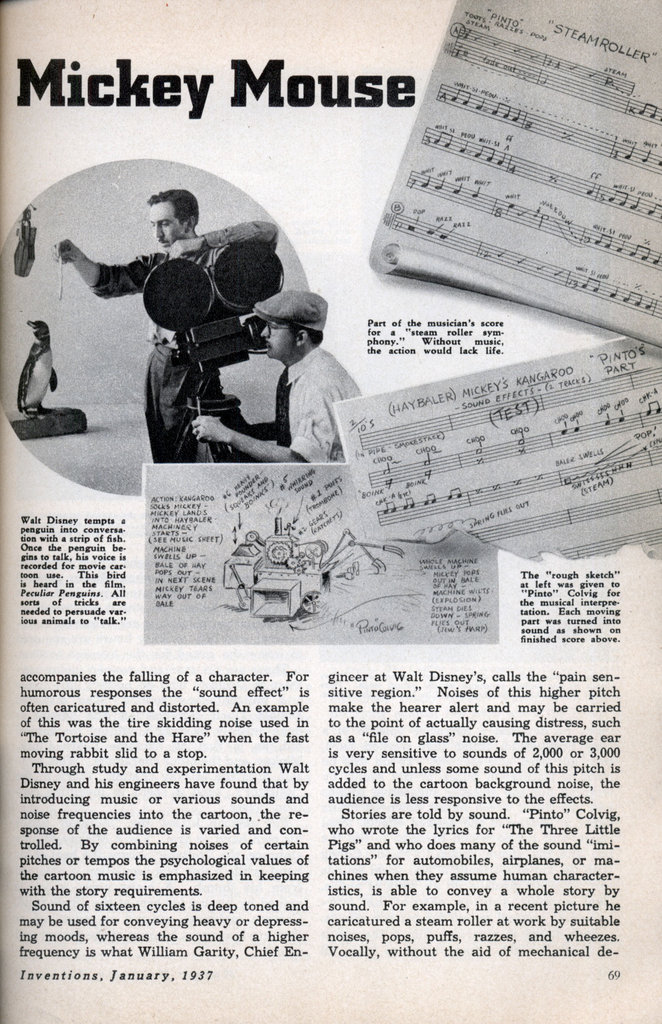 Nice article from Modern-Mechanix. It’s about sound design of Mickey Mouse cartoons. It’s really interesting. Sound designers should check it. Actually it was published at 1937.

I was looking for somekind of framework or script in order to use trackpad as multitouch device. At first I found TongSeng from TUIO. After a little googling, I came across with an external called Fingerpinger which was written for Max Msp Jitter. It’s free and opensource. You can download it from here. And it’s very easy to work with it.

Squatouch is a computer-based musical interface and offers a multitouch user interface via the forms of direct interaction which is designed and programmed by me.

Following scene was cutted from original film. It is a short part of the film not whole of it

Get the Flash Player to see the wordTube Media Player.

Sound Design for “All About Beauty”  which is a documentary by Simona Zemaityte.

Original Track Harntrocjka  by me.

3Viol : Alp Çoksoyluer (3Viol is a custom made string instrument which has three strings by Alp Çoksoyluer. It’s something like very very primitve form of Violin.)

Some shots from my multiouch screen. Further information from: Squatouch

boDig presents 2 performances at Centre des Arts / Enghien-les-Bains on the 28th of November at 8pm within the frame of boDig09 series of events with the support of “Turkish Season in France”.  I performed as sound designer at The Knot Theory performance. For this project, I used Max/Msp, a remote microphone and ready-made sounds in order to synthesise real-time  sound reproduction and mixing. I placed remote mic under the table which performers were interacting through the performance. Then, I mixed these captured sounds with ready-made and reproduced sounds at he same time. Thanks to Bodig and Selçuk Artut for giving me oppotunity to be in this project at France. It was totally different experience for me and the first time I produce sounds by myself.